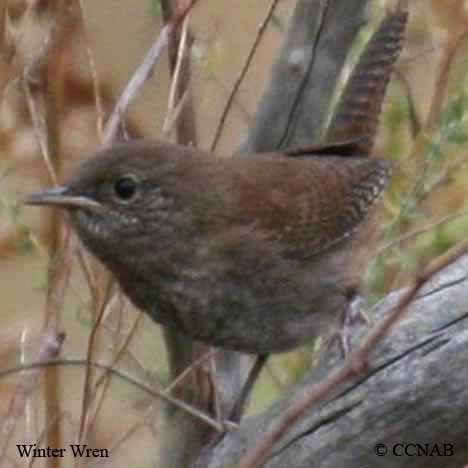 The Winter Wren is a small dark-plumaged and inconspicuous bird. It is very easy to overlook it because of its size and its habit of feeding on the forest floor. Most times it is hidden in the undergrowths as it goes about in its search for food. It leaves its breeding territories in late September and early October.