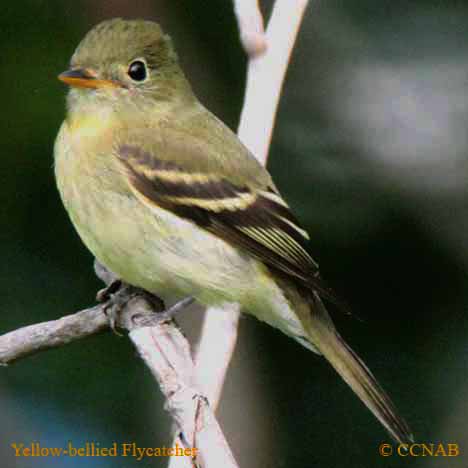 The Yellow-bellied Flycatcher is one of the more northern birds in the flycatcher family that is seen in North America. It is a member of the flycatchers in the Empidonax group. This hardy bird makes its habitat in the boreal regions of Canada, touching into Alaska and into some of the most northeastern US states.