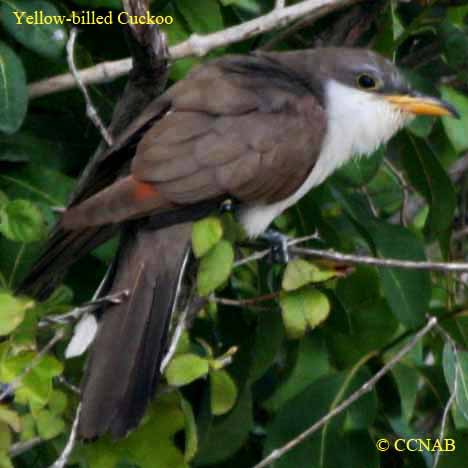 The Yellow-billed Cuckoo spends its day hunting and eating caterpillars. This pretty bird with its long spotted tail feathers remains unseen most of the time, well hidden in the foliage of the trees. It does share the same northern range as the Black-billed Cuckoo but has a larger southern range. It has a very recognizable call that can be heard from a long distance away.