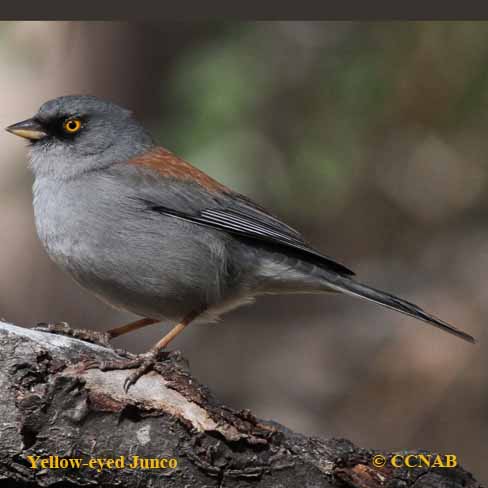 Yellow-eyed Junco is also known as the Mexican Junco. This junco is easily identified when one sees it because the its bright yellow eyes are very noticeable. It is a forest bird, that prefers conifers and is commonly seen in park areas. It is a friendly bird and is accustomed to people.