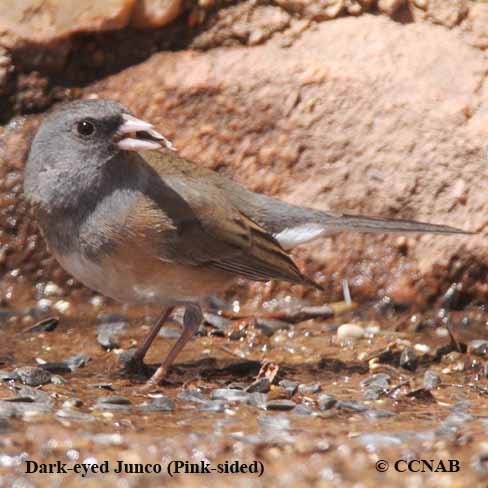 There are two species of juncos in North America. The Yellow-eyed Junco is one of them and the Dark-eyed Junco has at least seven sub-species in its group. They are the Cassiar Junco, Gray-headed Junco, Oregon Junco, Pink-sided Junco, Red-backed Junco, Slate-colored Junco and the White-winged Junco.

The juncos behave in the same fashion as sparrows. They are seen most often on the forest floor where they spend their days searching through the fallen leaves looking for insects and other food. In early spring and later in the fall these same birds will show up at the backyard birdfeeders as they migrate to their summer or winter grounds.