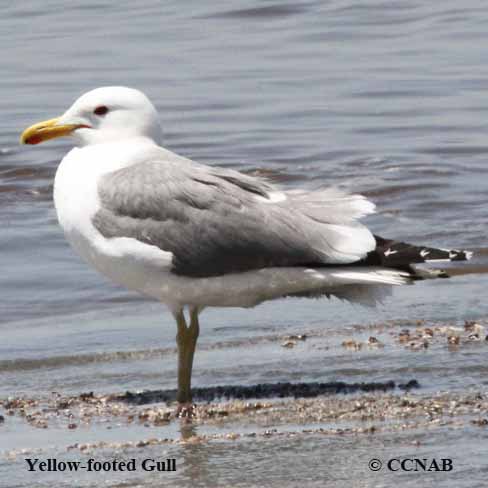 The Yellow-footed Gull is a native gull of Mexico and Central America. This large gull can be found in the summer months around the Salton Sea in California. There are discussions about this gull, as to why it has not been made a sub-species or race to the Western Gull.