Lives, Habitats & Pictures of the Coots 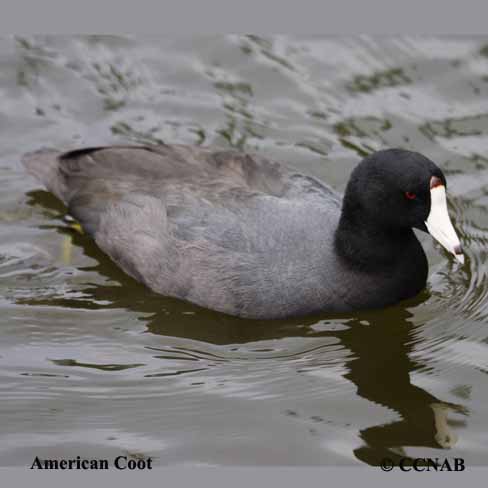 The American Coot is the only native coot found in North America. Other possible vagrant coot species that have been reported are the Caribbean Coot and the Eurasian Coot. Coots are excellent swimmers even though they do not have webbed toes. These lobed-toed birds, similar to the feet of such birds as grebes, need to run along the surface of the water in order to gain enough speed to take flight.

The coots prefer shallow waters for their feeding areas. They are commonly seen throughout the North American continent, in lagoons, small ponds and man-made canals.