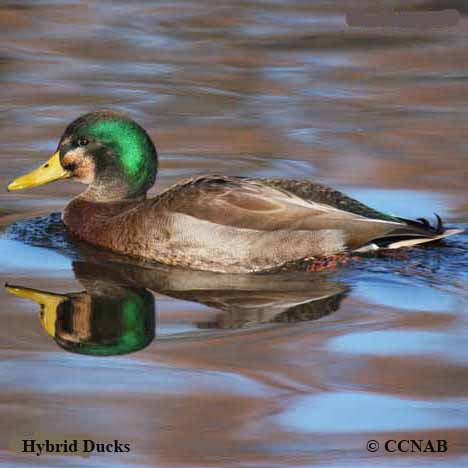 The hybrid ducks happen when two different species of ducks, mate with each other, creating a species of a water bird, that have similar charactistics of each other.

Return to Birds of North