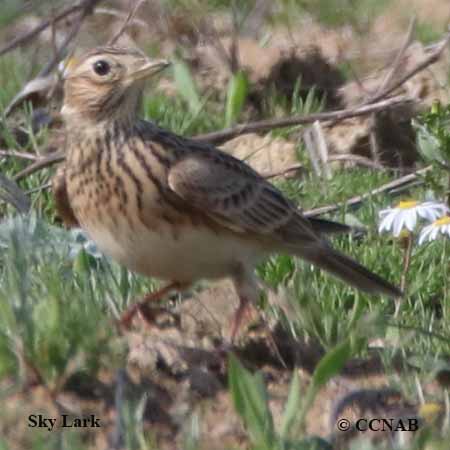 There are two types of larks that can be found in North America, these being the Horned Lark and the very uncommon Eurasian Skylark. Only the Horned Lark is a native lark that is found throughout the continent. It is seen in different plumages, knowningly recognized as a different sub-species.

The Eurasian Skylark is an introduced bird from Eurasia, once a more commonly found bird in some western regions of North America, whereas today it is only found on Vancouver Island, where it has grasped onto a small area where it breeds. The Sky Lark is a much more common bird seen in Eurasia and also a regular visitor to Alaska as a vagrant.

Horned Larks are primarily field birds, known for their hardiness and are seen throughout Canada, even in the winter months. These larks are found most often along roads and highways as they feed on grass seeds and find food in areas of bare earth.