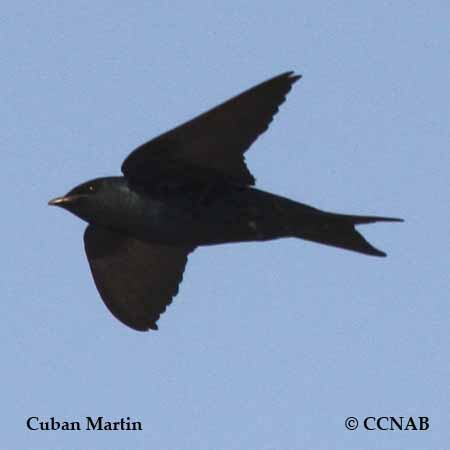 There are at least six types of species of martins seen in North America. The Purple Martin is the only native nesting martin among them. The Brown-chested Martin, Common House-Martin, Cuban Martin, Gray-breasted Martin and the Southern Martin are all vagrants. These non-native martins are visitors from Mexico and the southern countries and the Common House-Martin is the only exception, as it is a native bird of Eurasia.

The martins are insect-eating birds and they catch their prey on the wing. The Purple Martin is a bird species that totally depends on man for their nesting habitat. These social gathering birds nest in multi-unit birdhouses. Once a new bird house is established the same birds will return year after year.