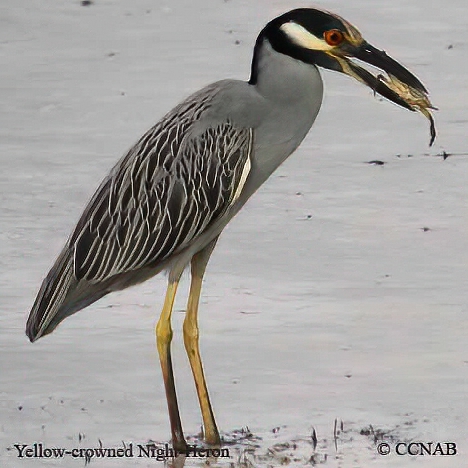 These two species of night-herons feed mainly at night. In the daytime they can be found dozing in marshes or standing on logs or rocks. These birds will also fly up into trees to avoid predators or to sleep. Like most other night-herons, these birds give loud squawks when alarmed.