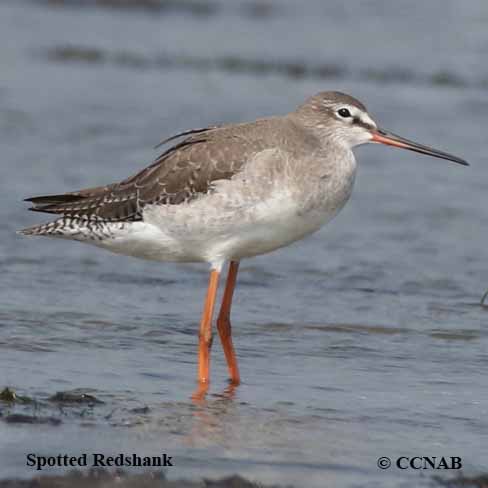 There are at two types of redshanks that have been seen in North America. Both bird species are native to Eurasia and have shown up on the continent as vagrants. These are the Common Redshank and the Spotted Redshank. Both birds can be identified by their long dark orange to reddish legs.

Of the two, the Spotted Redshank is more easily recognized by its black breeding plumage, longer red bill and its long reddish legs. The Common Redshank is somewhat smaller in size and does not have as an attractive plumage and it has a shorter red bill but also has long red legs. Both redshanks nest in the northern regions of Eurasia.