There are three types of pewees native to North America. The Eastern Wood-Pewee and the Western Wood-Pewee are the most common and have the largest ranges. The Greater Pewee, as the name indicates, is the largest pewee member of the pewee family and is found mainly in southern Arizona in the warmer months. 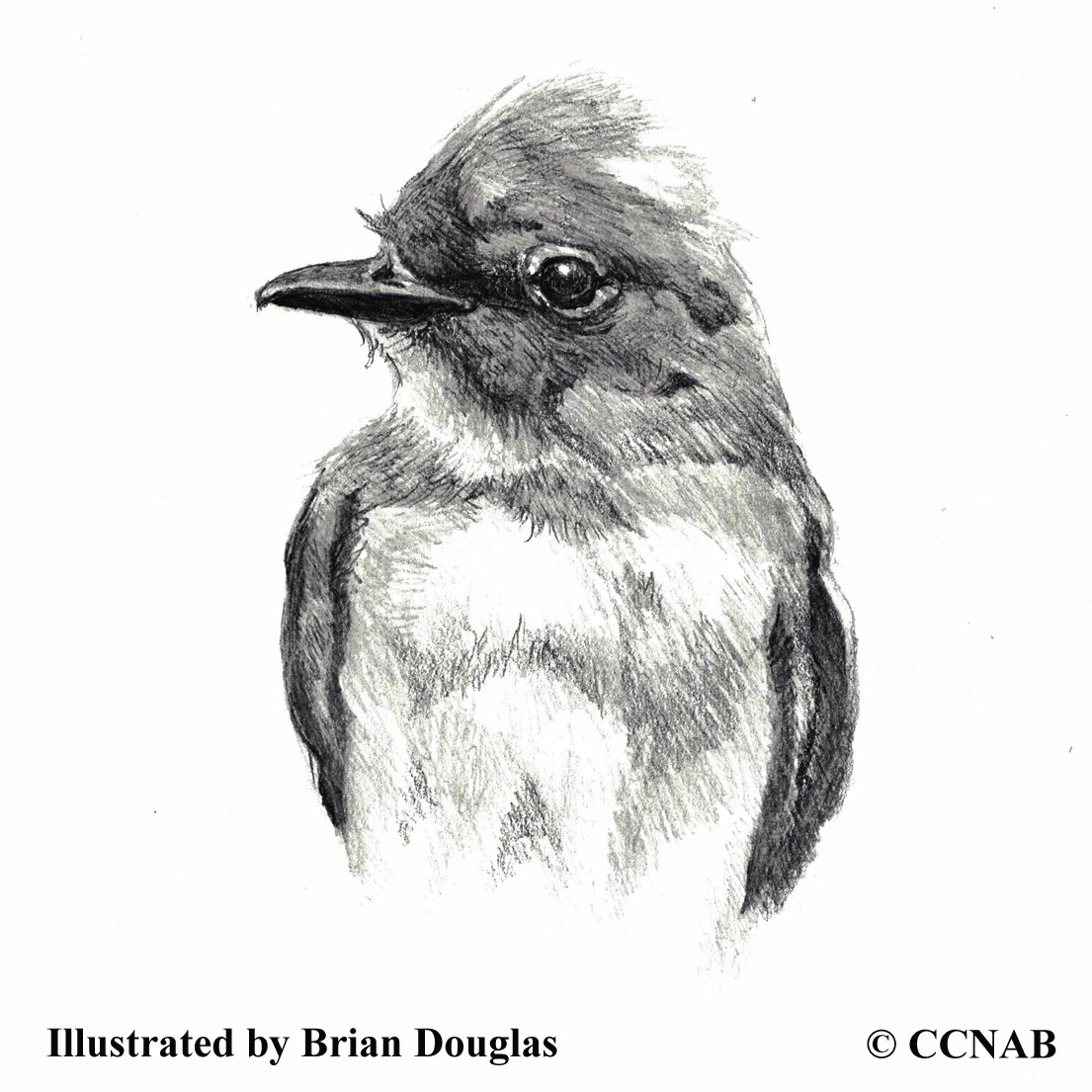 The Cuban Pewee is a rare vagrant that has been reported seen in the southern states.

The pewees are members of the flycatcher family. These birds are mostly seen in forests, feeding on insects, catching them in flight or picking them off leaves and the bark of trees. The pewees are drab-looking birds whose plumage is a dull grey with light yellows and dull greens, which makes them a difficult bird to identify by sight. Their calls are usually a better indication of the species of the bird.