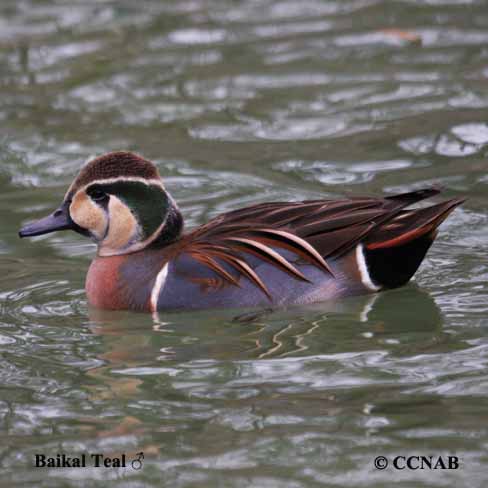 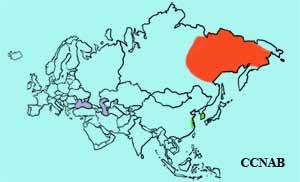 The Baikal Teal is a waterfowl native to Asia. This beautifully plumaged teal breeds in the the northeastern regions of Russia and winters mainly in South Korea although some spend their winter months in China and Japan. It has been seen in North America and is recognized as a vagrant visitor.