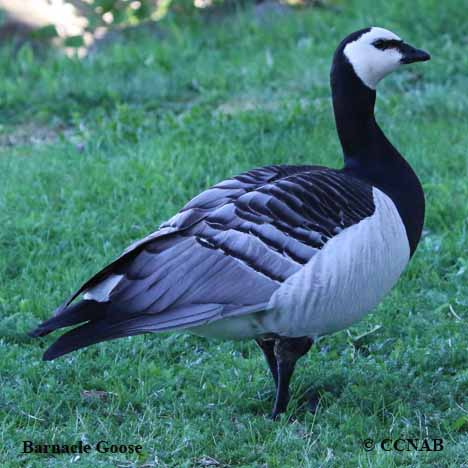 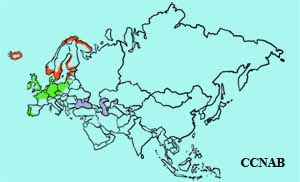 The Barnacle Goose is a vagrant waterfowl native to Europe. It is a regular visitor to North America. This goose has a similar appearance to the Emperor Goose that is seen in Alaska. It is commonly seen during the winter months in the eastern Canadian provinces and in the northeastern US states.