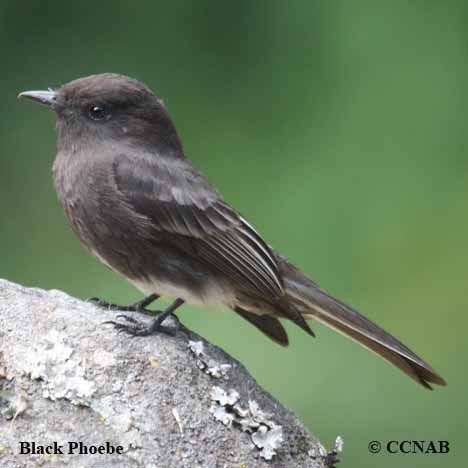 The Black Phoebe is a member of the flycatcher family. This phoebe is usually seen near rivers, creeks and lakes. This black and white bird can be seen perched on rocks along the shoreline and is recognized by its constant tail wagging. These are friendly birds and are accustomed to being around people.