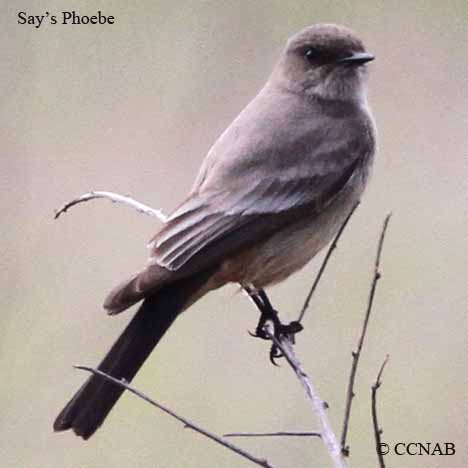 The phoebes are a common sight around old structures. They can be found nesting on any available ledge of abandoned buildings or even around occupied dwellings, where they can build a nest and feel safe. Except for the Say's Phoebe, phoebes prefer to have water close by where they can feed on flies and bugs, which is a key source of their daily food.