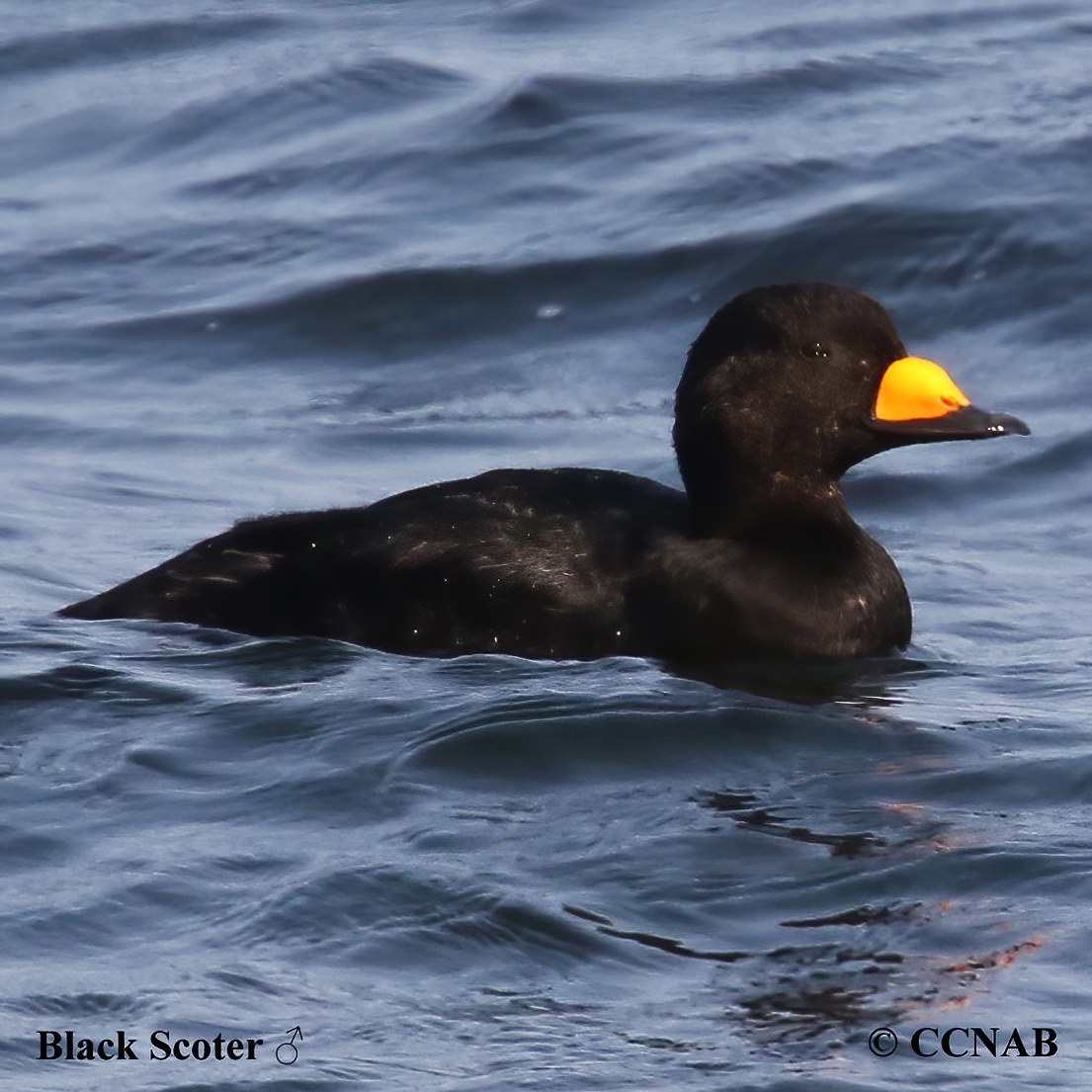 The Black Scoter is seen from the Pacific Ocean right to the Atlantic Ocean. These are the smallest scoters seen in North America. The male is an all-black waterfowl and displays a large orange knob on the top of its upper bill. The female is a brown duck with an off-white face and a noticeable dark cap or crown.