There are three types of native scoters seen in North America. These are the Black Scoter, the Surf Scoter and the White-winged Scoter. There is also one vagrant from Eurasia, called the Common Scoter, that shows up on the coastal waters from time to time. Once they change into their winter plumage, the scoters are very difficult to identify. 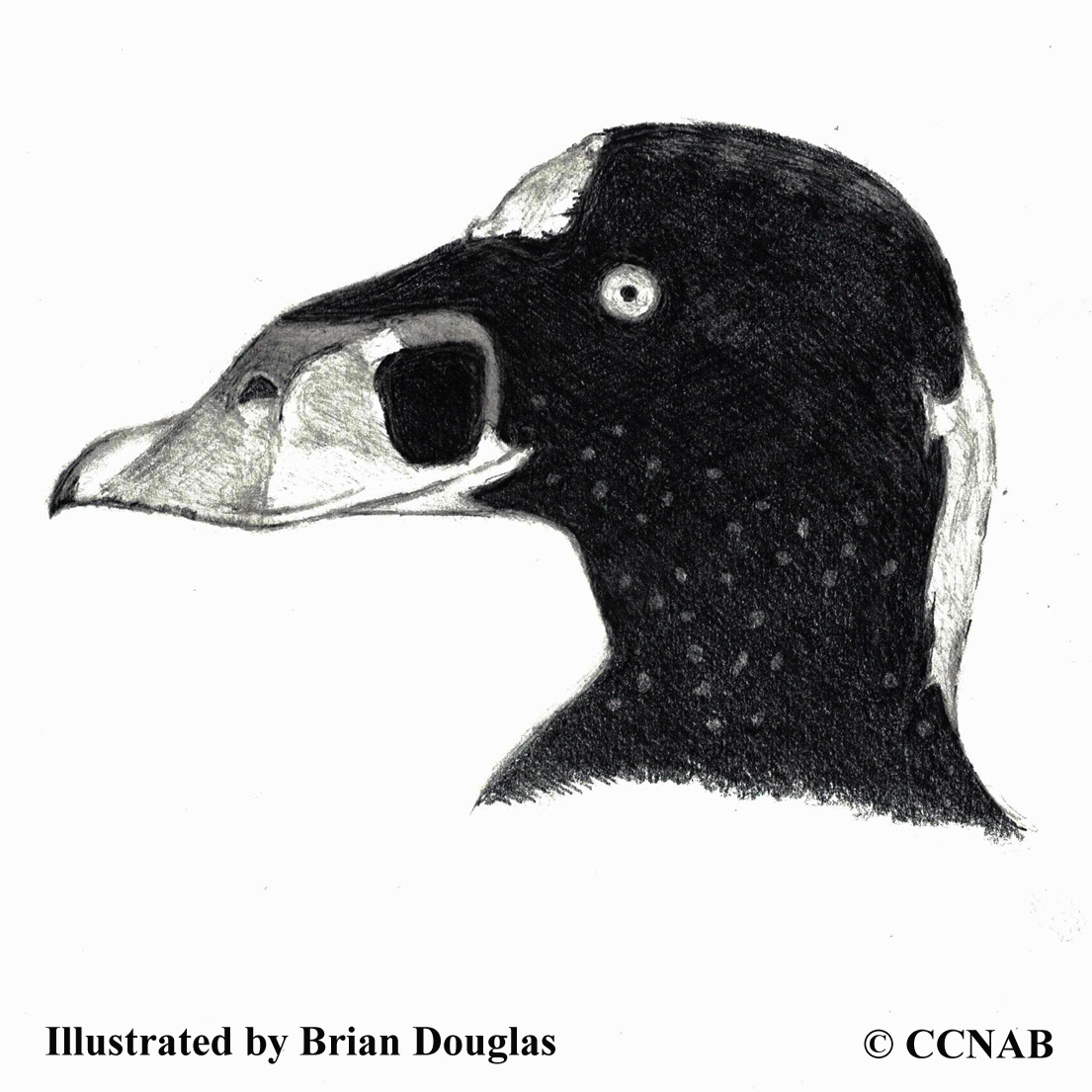 The plumages all turn into a somewhat solid black, leaving only the facial features to determine the species. With practice and a bird guide, one can identify the scoter species by the shape of their bills and the amount and location of white showing.

All scoters nest in the northern regions of North America. The White-winged Scoter nests in the most southern regions, where they can be found on the prairie lakes. Scoters have very colourful large bills when they are in their breeding seasons. These colours will disappear once they return to their non-breeding plumage. All the scoter species will spend their winter months on the oceans and only return to nest in fresh water lakes in the spring.