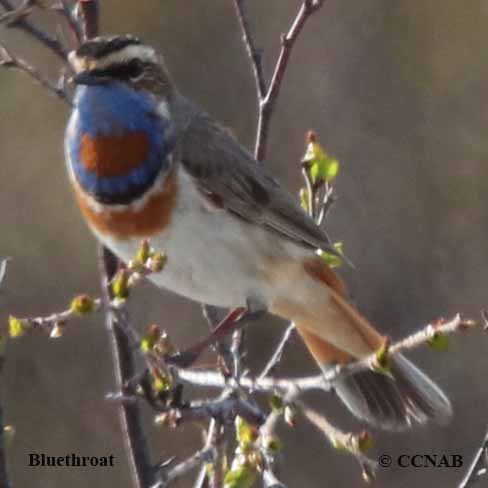 There are two sub-species or races of the Bluethroat. Of these two, the Bluethroat (red-spotted) is the only one that nests in North America. These attractive birds are found in the northwestern regions of Alaska. In the winter months they return to Asia. The other sub-species is the Bluethroat (white-spotted). This bird species is seen mostly in Europe. It spends its winters in the southern regions of Europe and are a common sight in Portugal. Both these races have dull brown backs, their tail is also brown but when flared open then bright orange feather tips appear. 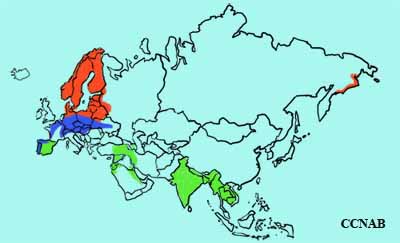 The Bluethroat is a member of the flycatcher family. Their habitat is generally found near water, with short stunted trees which they use to perch on. During their mating season, the male can be seen taking flight from these short trees, flying high up into the air, singing and diving back to the ground. When perched it spreads its colourful orange tail feathers and displays its colourful throat.

Return to Flied and Stream Birds