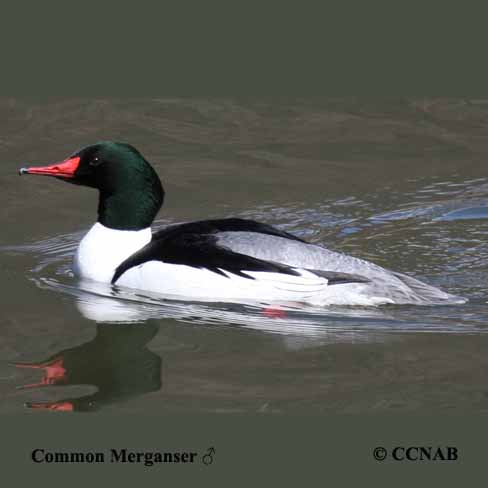 The Common Merganser is the largest of the three types or species of mergansers seen in North America. This large waterfowl catches its food by diving and catches its prey with its serrated bill. When seen in their breeding plumage, the males have the appearance of being mostly white.