The mergansers are also known as "Fish Ducks" and fish is their main diet. There are three types of these birds in North America. The Common Merganser, as the name indicates, is the most abundant and whose habitat covers the largest portions of the continent. The Red-breasted Merganser nests in the northern regions, but is more likely to spend its winter on the coast, living in saltwater. The smallest of the group is the Hooded Merganser and can be found across the southern regions of Canada, throughout the US central plains to the eastern shorelines. 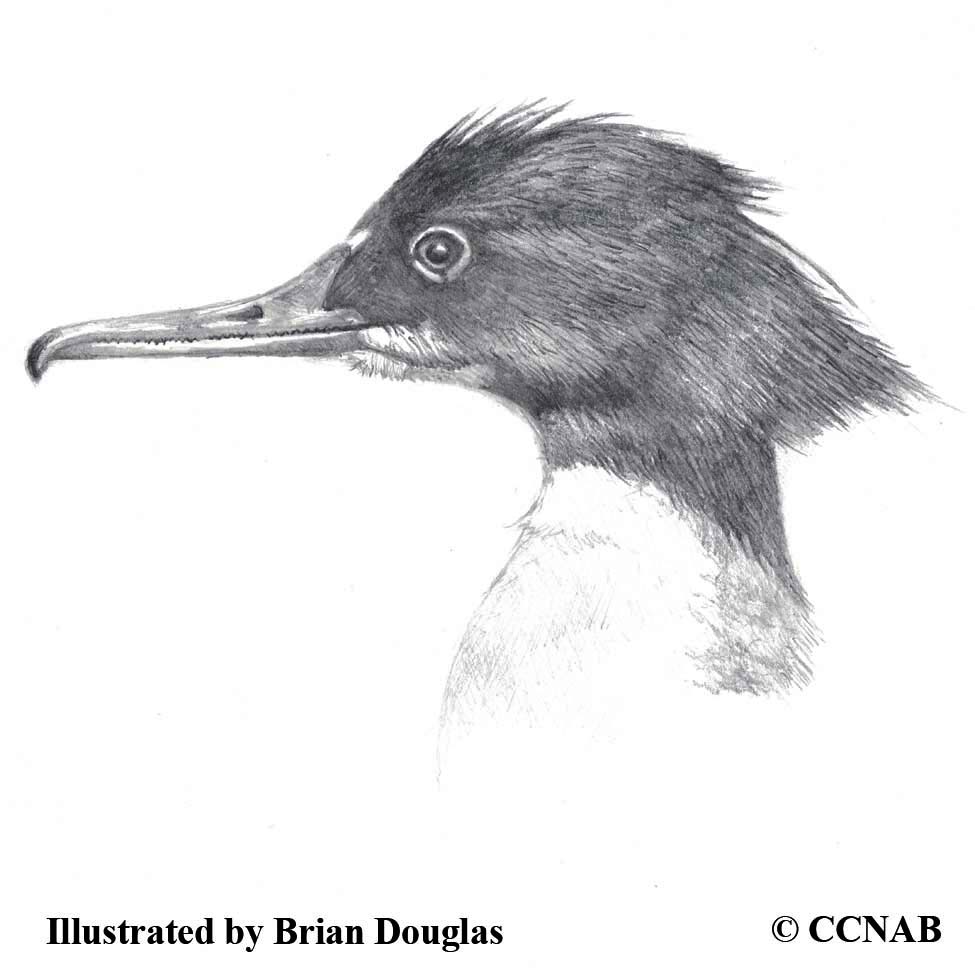 The mergansers are equipped to catch fish. Their bills are long and slender with serrated edges, formed like teeth for grasping and holding their prey. They are among the diving ducks that swim below the surface hunting their prey. The Smew is a member of the merganser family and this vagrant is seen visiting North America from time to time.