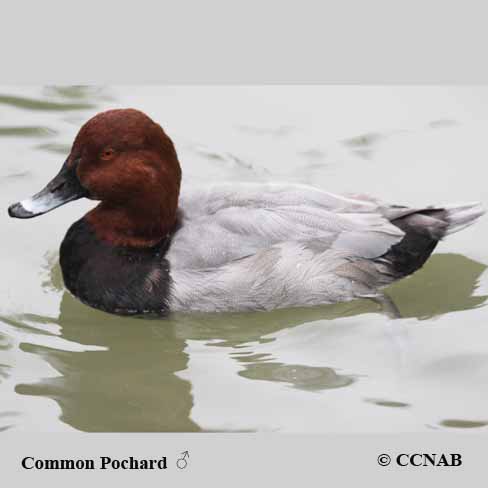 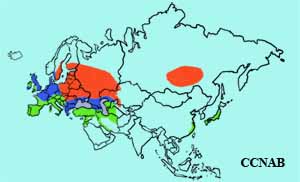 The Common Pochard is a Eurasian waterfowl, which is somewhat similar to the native Canvasback and Redhead seen in North America. All three of these ducks have a reddish head, black breast and white body. This waterfowl sometimes shows up as a vagrant bird on the North American continent.