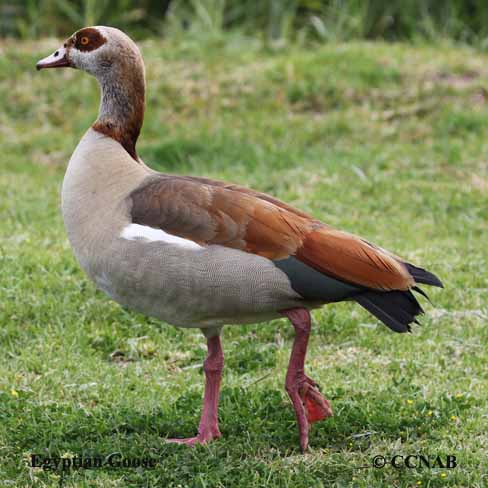 The Egyptian Goose is a non-native waterfowl seen in North America. This multi-coloured goose has been introduced into the southern states and is now seen throughout Florida, southern Georgia, the eastern half of Texas and in the southern regions of California.