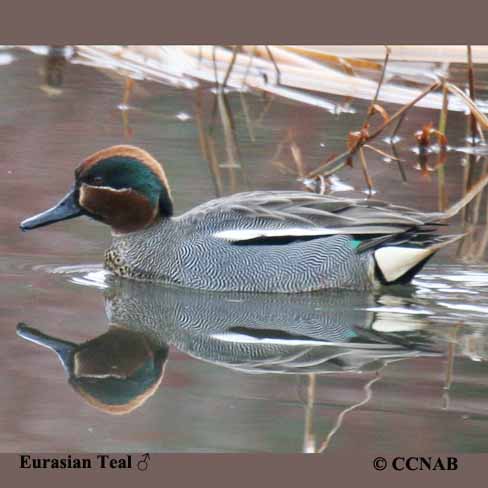 The Eurasian Teal, also known as the Common Teal, is a vagrant teal that is found on the east and west coasts of the North American continent. This teal is a sub-species or race to the native Green-winged Teal and is seen in North America. The only apparent difference is the lack of the vertical white stripe on the front of the male's breast.