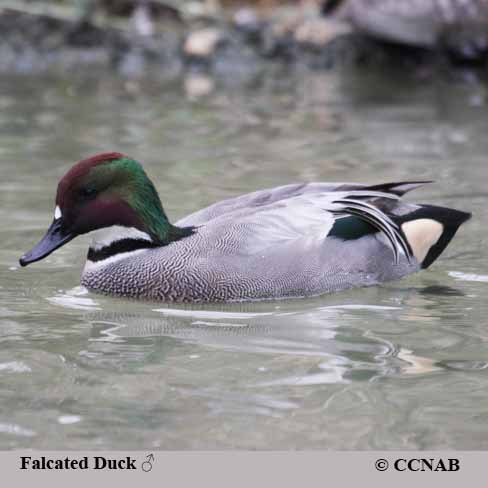 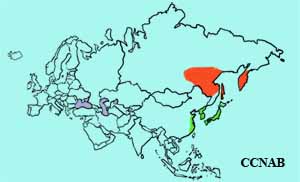 The Falcated Duck is sometimes called the Falcated Teal. It is a Eurasian waterfowl (much more common in eastern Asia), that turns up as a vagrant duck in North America from time to time. The male is an exceptionally splendid looking waterfowl with a crested head, especially when it is seen in its breeding plumage.