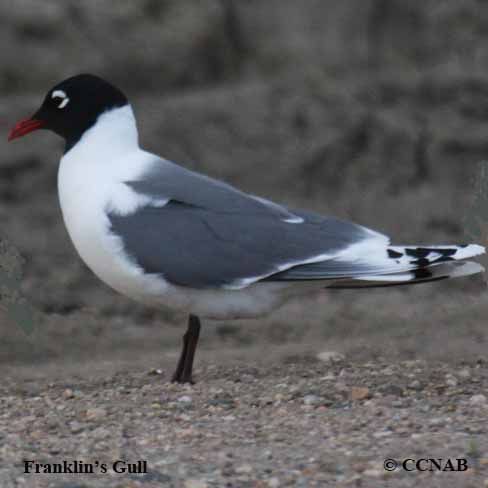 The Franklin's Gull is similar in appearance to the Laughing Gull, which is seen mostly in the southeastern regions of North America. The Franklin's Gull can be found throughout the Canadian western provinces and the central regions of the United States. It is seen in Texas during its spring and fall migration periods.