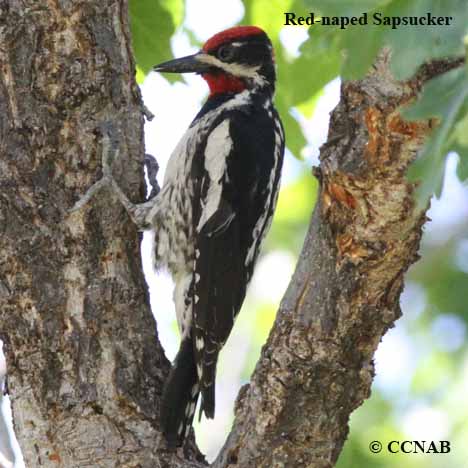 The Red-naped Sapsucker is a bird seen in the western regions of North America. It is a member of the woodpecker family. This sapsucker is very similar to the Yellow-bellied Sapsucker seen in the eastern regions of the continent. This includes the red throat seen on the male and the white throat seen on the female. The only real visual difference is the small red patch seen on the top of the nape located just below the crown.