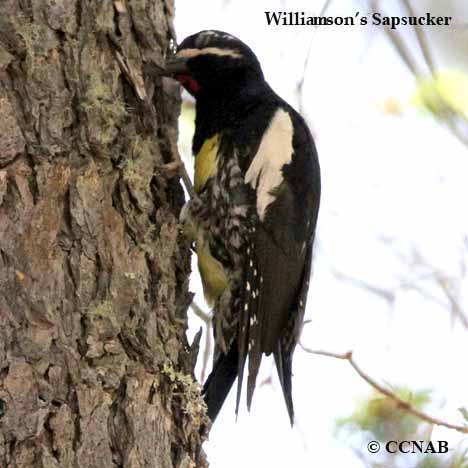 There are are four types of sapsuckers in North America. Sapsuckers belong to the woodpecker family. These birds feed on sap and insects by drilling rows of holes in the bark of trees and then returning to the tree and drinking the running sap and eating the insects that were attracted to the sap around the area of the holes.

All four species of sapsuckers prefer warmer weather and migrate in the colder seasons to warmer climates.