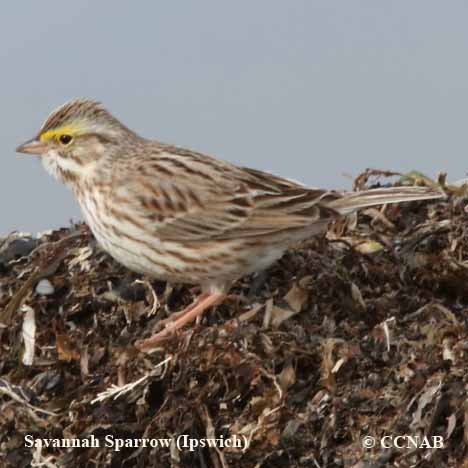 The Savannah Sparrow (Ipswich) can be seen along the Atlantic coastline from Nova Scotia, south to the northern state of Florida, at some point during a year. Large numbers of these light grey colored sparrows nest on Sable Island, which is located in the Atlantic Ocean, close to Halifax, Nova Scotia. Most of these sparrows migrate down the coast to warmer regions, during the winter months.