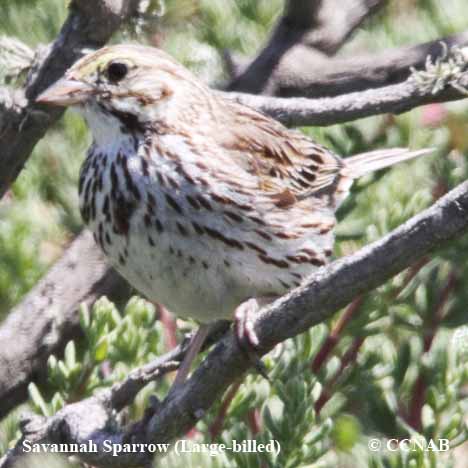 The Savannah Sparrow is one of the most common birds seen on the North American continent. They prefer pastures, hayfields, grasslands and the stunted trees (shrubs) of the northern tundra. Once one hears their songs, they will be easy to remember. These greyish-white colored to dark brown sparrows will be easy to seek out. An ideal place to find them in the agricultural zones is to observe the tops of fenceposts or on fencelines.