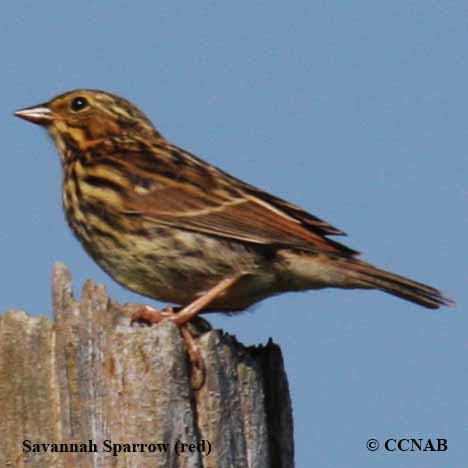 The Savannah Sparrow (red) can be found anywhere in North America. It is a common sub-species or race of the Savannah Sparrow. This sparrow species is most likely to be seen in pastures, hayfields, grasslands and in the low-lying growth found in the arctic tundra. It breeds right up to the Arctic Ocean.