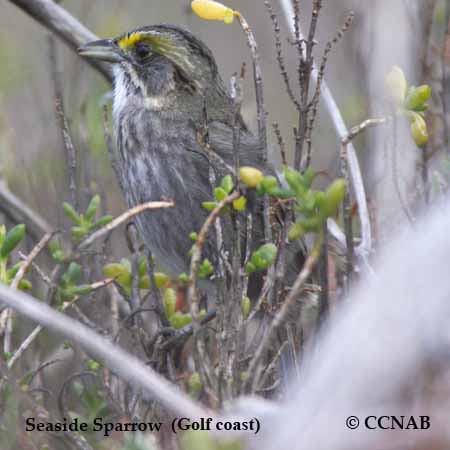 The Seaside Sparrow is struggling to survive in approximaltely half of its zones, mainly because of its loss of habitat. It is only found along the coastlines, preferring the tall grasses next to the sea. These areas are being developped into residential homes, beaches and resorts. Let us not forget to mention natural disasters which also result in the loss of their habitat.