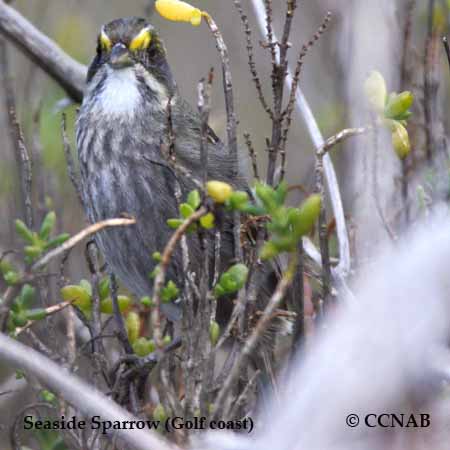 Special thanks to David and Connie Emmerson

The Seaside Sparrow (Gulf Coast) is a seldom seen bird, living up to the reputation of most sparrow species. It is found along the coastlines, from northwestern Florida to southeastern Texas. It makes its habitat in the tall grasses next to the sea and seldom shows itself except in breeding season, when the males are seen singing, perched up on top of the grasses.