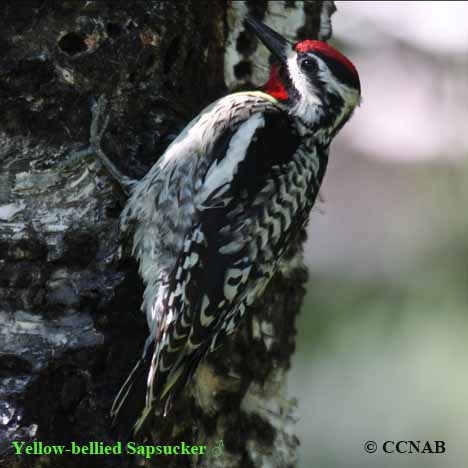 The Yellow-bellied Sapsucker is a bird seen mostly in the eastern and northern regions of North America. It is a member of the woodpecker family. This bird pecks columns of holes in the trunk and larger branches of a tree. As the sap runs out from the newly made holes, the sapsucker uses its tongue to drink the fluids. Its has a similar appearance to the Red-naped Sapsucker that is seen out west.