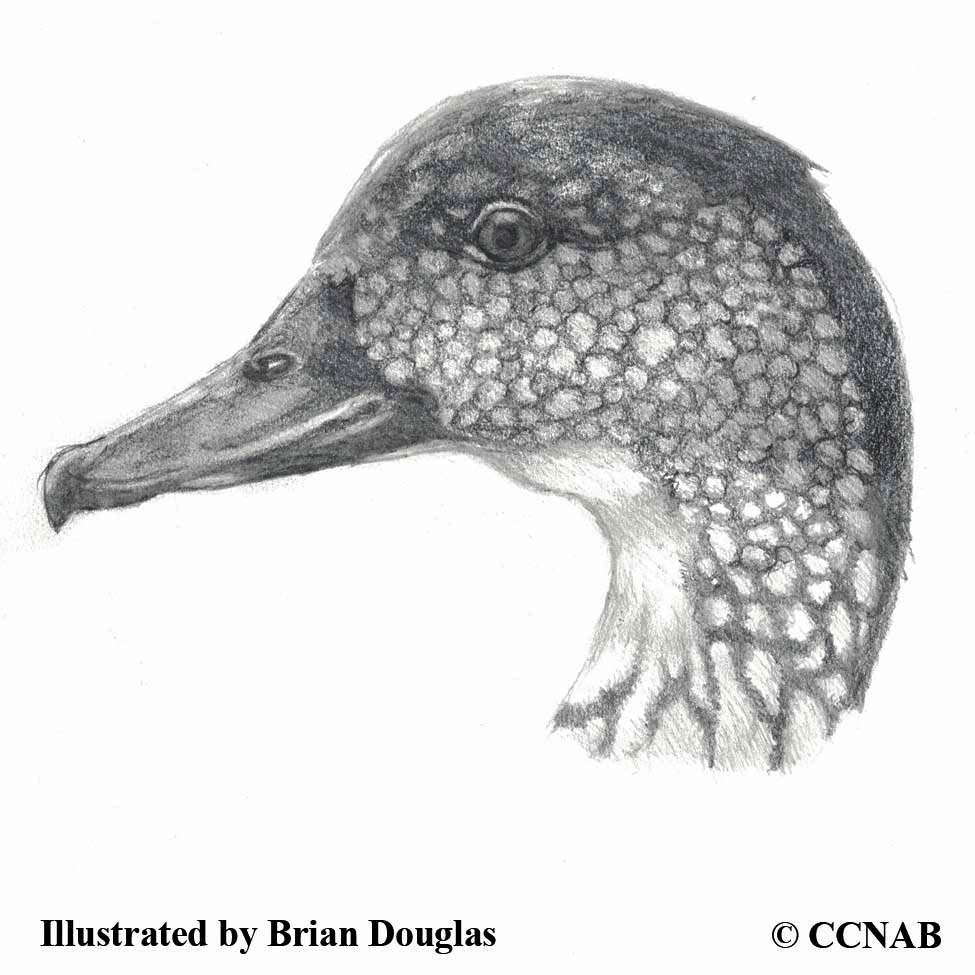 Among these different types, the birds can be grouped again into puddle, aka "dabbling" and diving ducks. The dabblers mostly feed in smaller bodies of shallow water or along shorelines, where they are able to tip their bodies forward to reach their food on the bottom. There are divers who feed in deeper water where they dive and pursue their quarry. Some of these birds, such as the Harlequin Duck, actually dive to the bottom of fast-flowing waters and feed on life forms attached to rocks.