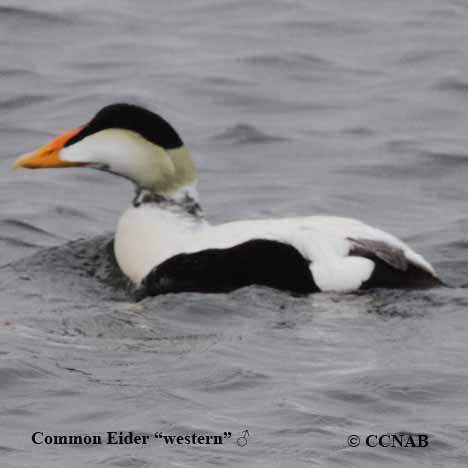 The Common Eider (Pacific) is one of the three known sub-species or races of the Common Eider seen in North America. This arctic waterfowl can be seen depending on the time of the year, from the central coastlines of the Northwest Territories, westward to the Gulf of Alaska.